Additionally, negative ions with a mass number of 203 is a peak that appears when AlQ3 is left in the atmosphere , but we were also able to confirm that it hardly exists in the film. 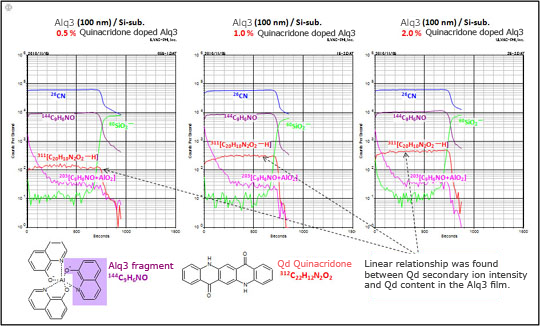