What is Hard X-ray Photoelectron Spectroscopy?

Moving into the 21st century, with the emergence of third-generation synchrotron radiation facilities represented by SPring-8, hard x-ray with dramatically increased strength has become available. At the same time, the pressure resistance and sensitivity performance of the analyzer have improved, resolving the technical issues mentioned earlier. As a result, the number of reported cases of hard x-ray Photoelectron Spectroscopy３)４)５) has increased rapidly. 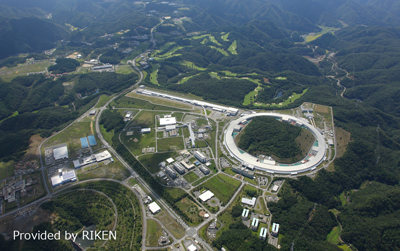 Thus, since hard x-ray photoelectron spectroscopy can measure more core levels compared to soft x-ray, the most appropriate level can be measured depending on the objective by avoiding overlapped peaks or selecting deep core level. 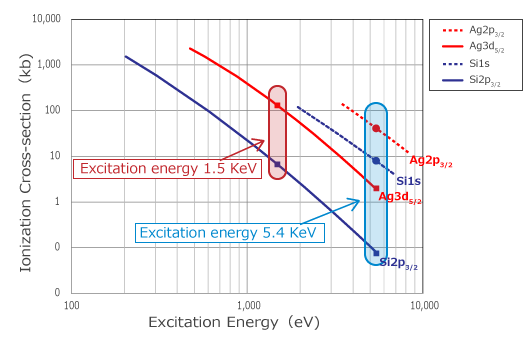 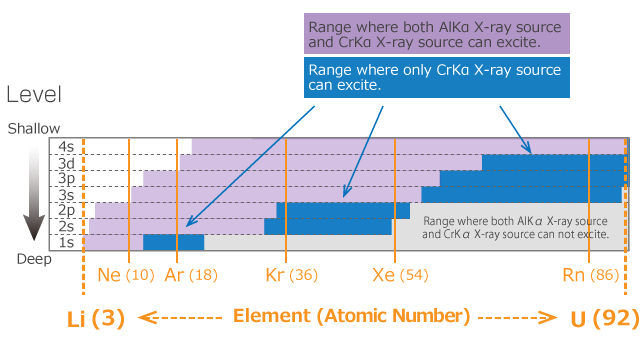 Figure 3. Elements and energy level that can be excited by each X-ray source

The escape depth of a photoelectron is similar to the Inelastic Mean Free Path (IMFP) of an electron in materials, and the depth of the photoelectron information received as a signal is known to be around two to three times the IMFP. An advantage of hard X-ray photoelectron spectroscopy is that information from deeper areas can be obtained by using high-energy X-ray. 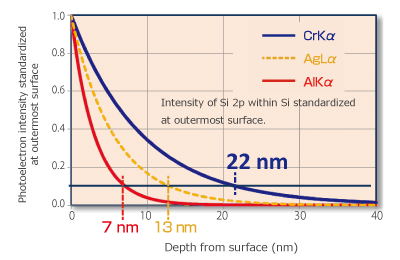